Maria Luchsinger is known as the Joyful Career Strategist who helps midlife women needing a career change to design the next chapter of their lives without overwhelm so that it is joyful. Using her gift of encouragement, she helps women maintain a powerful mindset and increase their income.

She is also featured in the Amazon International #1 Best Selling Book, Are You the Missing Piece?:Don’t Leave a Hole in the World. Maria has written articles appearing in The Huffington Post, Identity Live Magazine, and E The Magazine for Female Executives. She loves to travel to new places, play the piano, attend live theater, and spend time with her family.

My father was in the military as a young man, met my mother and brought her home from Germany to
live in the United States. She became ill and wanted to return home to be with her family.

The summer she returned home, my mother passed away, leaving my father with three small daughters,
eight months, four years old and eight years old to raise by himself. His parents, my grandma and
grandpa, provided a home for us in the small town of Raymond, Washington, a logging community on
the coast of Washington State. 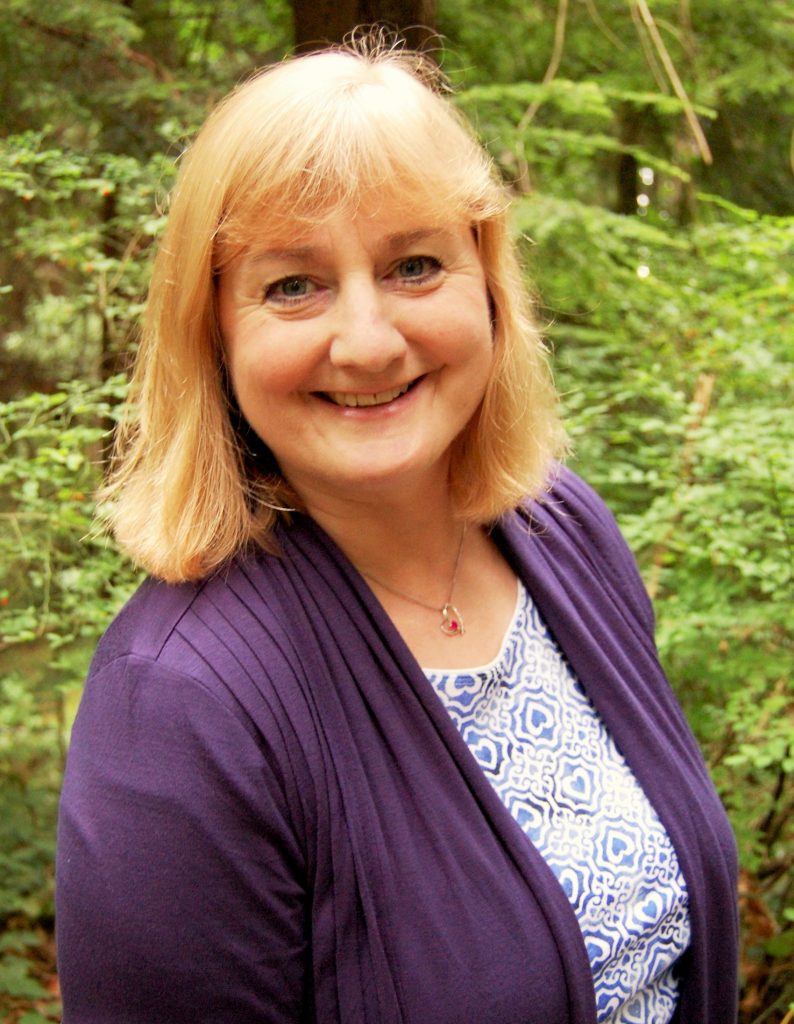 I was eight years old and felt fine about that because I had always had a great time at their house. My father worked in banking in Seattle and came to see us on the weekends.

I graduated from Raymond High School and from Grays Harbor College with a one year certificate in General Office Occupations.  I went to work at a local title insurance company and then married my high school sweetheart in 1979.

Two years after moving to Eastern Washington, our first daughter arrived and then within two years another daughter entered our lives. I had been working at a title insurance company, but then decided to stay home with our daughters full time when the second one was born. I started a licensed Child Care Provider business in my home so I could be with them full time.

Life takes its various turns, and I found myself divorced and returning to college to become a teacher.
I graduated from Central Washington University in 1999 with a Bachelor’s degree in elementary education. After teaching second grade for two years, I found the money was not enough to raise two girls, even with child support.

I returned to the business world and worked at title and escrow companies for several years. I met my
husband, John, and after knowing each other for almost two years, we married in 2006.

In 2010, after seven years commuting to downtown Seattle, a company merger left me with no flex time
and an arrival time of 6:45 p.m. every night. I decided there had to be a better way and so I began to
analyze my options.

My career reinvention involved renewing my teaching credentials so I could substitute teach in my local
school district. I also learned a great deal about publishing and started writing the Sammy the
Centipede series which now has four books along with two already translated into Spanish.  Children are very important to me and I have spent four years as the National Literacy Ambassador for a non-profit organization called Xcellence, Inc., promoting reading out loud and writing to children across America.

I have been encouraging and helping people all my life and as a Certified Life Coach, I specialize in career transformation strategy. I am the founder of The Women’s Career Transformation Network. It brings me great satisfaction to help women reconnect with their joy and discover careers that align with their strengths so they can live transformed lives full of joy, freedom and purpose. I am the author of The Queen’s Journal and my latest book, How to Get Your Joy Back!: A Women’s Guide to Midlife Career Transformation, is a best-seller on Amazon as well as appearing in the media at NBC and FOX.

My articles have appeared in The Huffington Post, Identity Live Magazine, and E The Magazine for Today’s Female Executive.

Please get in touch with me if you are interested in designing a career you love that brings you joy and freedom to do what you want and help other people. You can schedule a time for a conversation here:  www.bit.ly/JoyfulCareer.

I would also love to speak at your next women’s event!

Thank you! Please check your email for the link to the review.